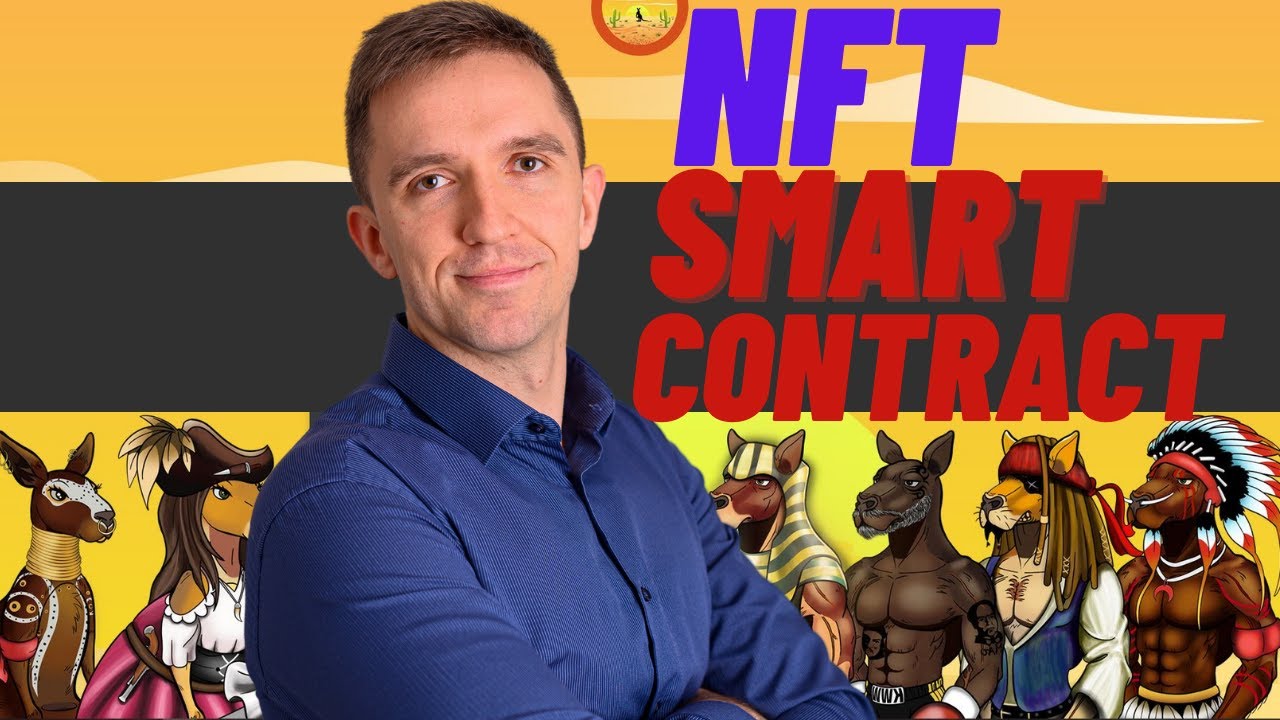 What is an NFT Smart Contract?

NFTs are causing a revolution in the digital space. What makes them more popular is the combination with smart contracts. A unique feature of NFTs is the use of blockchain technology.

Each NFT has a unique code identifiable to the original issuer. This feature makes them immutable and non-fungible.  Combining them with Smart Contracts makes it possible to store automated transaction details.

Let’s talk more about NFTs, Smart Contracts, and how they work.  Shall we?

Hi, my name is Petko Aleksandrov and I will do my best to make the complicated staff simple and easy to understand. NFT stands for Non-Fungible Token. It represents ownership of tangible and intangible digital items such as music, art, videos, and in-game items. Only one individual can own an NFT, which makes it stand out.

However, other people can download or copy content uploaded as NFT. What does this mean? It means that someone else can access your work, but they cannot reproduce an NFT similar to yours. This helps to eliminate the circulation of fake NFTs.

The backbone of NFT is crypto technology. So, many traders buy and sell NFTs online using cryptocurrency. What sets NFT apart from other crypto assets is they are non-fungible. What does this mean?

Other cryptocurrencies such as bitcoin are interchangeable. For example, you can exchange one bitcoin with another bitcoin. A nature that makes transactions easy.

For NFTs, mutual exchange is not possible. Why? Because they are not the same. Each NFT has a distinct signature different from another NFT.

Why Do NFTs Matter?

NFTs have been in the digital space since 2014. Initially, they were not very popular. But since 2017, they have become popular—$ 174 million has been spent in NFTs in four years. People are widely using them to trade digital artwork.

The use of crypto technology in NFTs has greatly benefited collectors and gamers. Mainly because they can own digital assets and earn lots of money from them. Also, they can trade individual digital items they earn during gameplay.

Artists are also in for the treat. Through NFTs, they can sell their music directly to a global audience. This way, they recoup a large portion of the profit from sales.  Programming royalties to the digital artwork also streams profit each time the asset passes to a new buyer.

Why do NFTs Have Value?

Why would people spend thousand and millions on NFTs? Well, it’s because of their value. As you already know by now, NFTs are non-fungible.  Blockchain has unique codes that help to track down ownership of each NFT. As such, no one can replicate any digital assets.

This attribute of NFTs makes them scarce and original. And like any other asset, demand and supply influence the price. High demand and scarcity hike the prices. And people are willing to give up any amount to own digital assets.

What is Smart Contract?

Smart contracts are very popular nowadays. But, what are they?  And what problem do they solve? Nick Szabo coined the term smart card in 1997. He wanted to use computerized transactions to execute a contract. And his efforts came to fruition.

Smart contracts are similar to ordinary contracts. The main difference is that they are entirely digital. In simple terms, a smart contract is a small computer program embedded in a blockchain.

The agreement between the buyer and the seller is written in the code, which makes the contract self-executing.  With smart contracts, transactions are trackable and irreversible.

How Do Smart Contracts Work?

The goal of smart contracts is to eliminate third parties in contracts. Let’s use an example to illustrate. If two parties, supporters and product team, want to contract, they will go to a crowdfunding company like Kickstarter to mediate their transactions.

When the project is successful, Kickstarter will give the promoters money. If not successful, return money to the supporters.

What are the Applications of Smart Contracts?

Most organizations stand to benefit from smart contracts. By eliminating third parties, it becomes easier to execute transactions fasters. The use of blockchain eliminates errors and misunderstandings. Let’s look at some places where smart contracts can transform operations. Shall we?

Finance trading involves a set of terms that each trading party has to honor. Creating a legally binding contract takes time and is labor-intensive. Now, smart contracts come in here. It saves time and money by automating workflow approval.

Almost every business has a record-keeping system. However, cyber insecurity can compromise records and distort them. Such a situation impair the eligibility of transactions and agreements.

But, introducing blockchain technology in record keeping solves this problem. The records become safe and unchangeable. And because the technology uses a security key, only authorized persons can access records.

Insurance claims are super sensitive. Insurance companies spend lots of time trying to process claims. In the process, they may end up losing money to fraudulent claims.

With smart contracts, the process becomes faster and accurate. The terms of the agreement become apparent, and the amount payable is defined.

It is so uncommon to hear fraud allegations in elections. Fraudsters still manipulate votes despite the heavy funding that uses a computerized voting system.

Smart contracts can help in validating voters’ identities and recording their votes. And because it uses blockchain technology, no one can change the vote records.

Supply chains can also benefit from smart contacts. It is easy to track each product, which helps to minimize theft and losses. Also, automated reorders help to overcome stockouts.

So what are the Benefits of Smart Contracts

The idea of security is one of the most important features of any technology, and smart contracts are no exception. Smart contracts are saved on the blockchain and can be stored securely without requiring any human intervention.

All data saved on the blockchain is immutable, meaning that it cannot be modified or unrecorded.

Every transaction on the blockchain are recorded, and these records are immutable and unalterable, which also implies that it is almost impossible to hack. Smart contract technology is secure because it reduces the risk.

A smart legal contract is a smart contract in which the program code is written in natural language and not in a programming language. It is used to automate specific business processes and cut the cost of hiring lawyers. Smart legal contracts are sometimes called smart-legal.

Decentralized autonomous contracts are smart contracts that are self-executable and have a certain degree of autonomy. They have their internal state and can interact with other contracts.

In a world where all your assets and investments are in one central location, the only thing standing between you and losing everything is the security of that central location. If someone hacks into that location and steals your assets, you’re done.

Fungible token standards are all the rage to avoid such situations. Businesses and start-ups are racing to create platforms that use NFTs.

With NFTs, you can take your assets and store them in a decentralized location. No one can hack into the Ethereum network and steal your assets. You have complete control.

This is a revolutionary change in the world of gaming and digital assets. Since you are in control of your assets, you can buy, sell or trade them at any time. You can even play games with them. And the best thing is that you may do all of this without ever having to leave the comfort of your own home.

Another impressive impact of NFT projects is the emergence of luxurious fashion. NFT provides a way of transforming digital collectibles and designs into scarce and valuable items. While customers used to express their styles physically, now it is possible to do it virtually.

Virtual fashion is on the rise, and big companies such as Gucci intend to launch their NFTs.  And such as Nike already did it with a fascinating result. And with such initiatives, it will be possible to create digital images wearing 3D clothing.

So what are the NFT Smart Contracts

The design of the NFT smart contract is not complicated. The core content of the contract is to set out the right and obligations of the virtual commodity and the corresponding virtual property in detail.

To define the right and obligations of the related virtual property, it is important to determine whether the property itself has value and ownership rights.

The market price does not necessarily determine the property’s value. But the cost of creating and maintaining it determines its value. If the property has value and ownership rights, then it is possible to set out the right and obligations of such property in detail.

Uses of NFT smart contracts include:

The Future of NFT

In addition, the emergence and development of other underlying chains such as Ethereum may also have a certain impact on NFT.   However, whether it is a game-based virtual currency or a digital asset transaction platform, its development will be closely related to its applications in various industries and scenarios.

Also, whether there will be a real economic model based on NFT in the future, whether it is applicable in the physical economy, and whether it will replace the traditional currency are unknown.

Blockchain technology is the reason NFT Smart Contracts exist. This technology makes them non-transferable and non-changeable, making them more secure. Also, they are usable on different platforms.

The adverse use of NFT Smart Contact in transactions will likely create more transparency and security on the internet.

How to Get a Free Stock in Trading 212 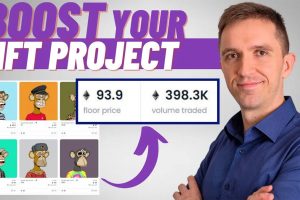 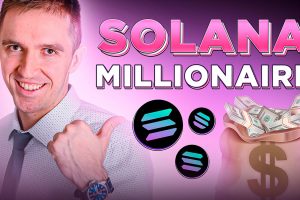 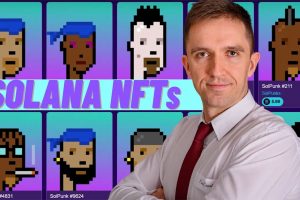 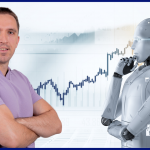 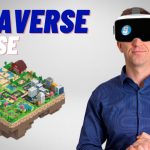 [NEW] Metaverse Course: Learn to Invest in the Crypto Metaverse