Reply To: Forex strategy, Forex ea or cryptocurrency ea – share with everyone

I traded the strategy on a dukascopy demo account for a month along with many other strategies (Dukascopy demos expire after 2 weeks but I requested one that doesn’t expire, when I opened a live account with them :-).

It only made a single trade for a small profit but that was to be expected from the numbers shown in my previous post (Average trade of 483/108 = 4.47). Reading this into EA studio also confirms that this profit was made with very little drawdown as shown below (No doubt there was a bit of intrabar drawdown but EA studio shows zero drawdown which is good). 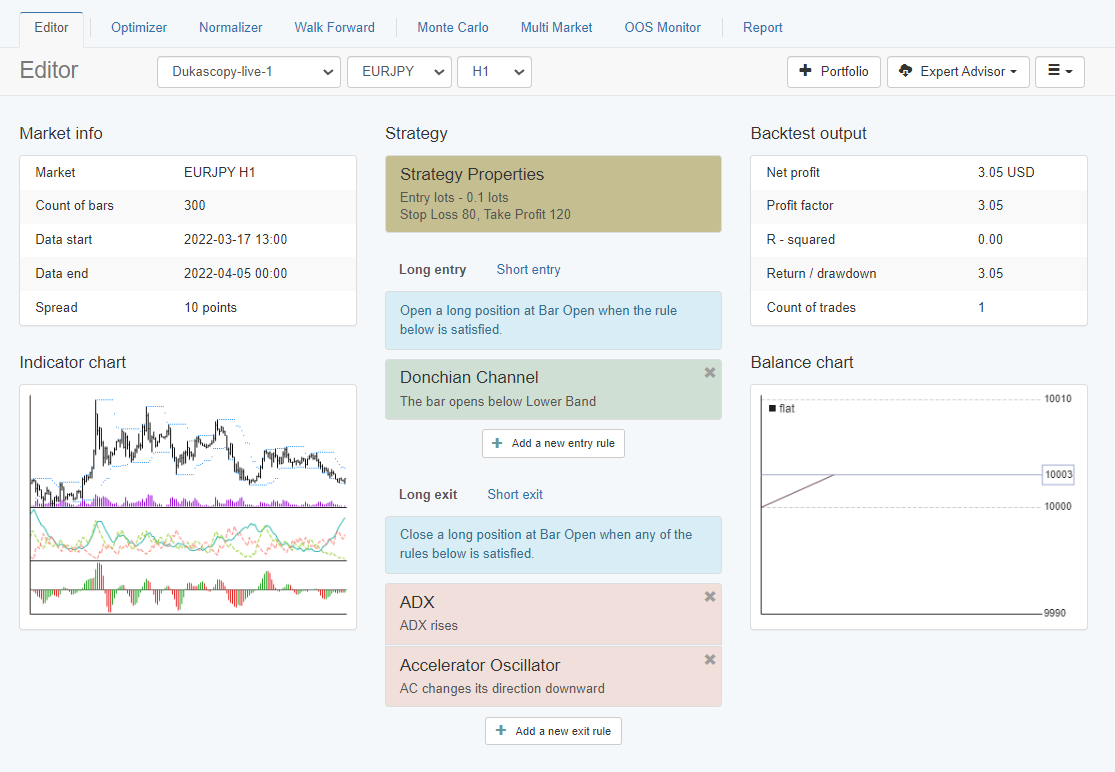 Yeah gave it a large stop loss level as you say. I just wanted to give the indicators room to do their job and from looking at the journal really there were very little trades closing via stop loss or take profit but rather just from the indicator signals which was the intention (and also what happened with the trade on demo).

I’m no expert on all the indicators but I do like to have a very quick scan to make sure there are no super obvious red flags in the strategy, like buying long when it looks to me like the entry rules would better suit a short position for example (for ranging strategies). EA studio of course generates sensible strategies but sometimes I like to just target ranging strategies so like to remove anything that obviously looks like a trending strategy and vice versa, also if a strategy is too complicated or doesn’t make sense to me at a reasonably quick glance I’d rather avoid it even if it probably is fine.

As I said this one was a super simple un-exciting strategy created manually. But this week I will add one that is showing a much more impressive equity curve and has been generated and tested though the reactor that can hopefully result in a few more trades and a larger profit.

Of course there are never any guarantees especially with a signal strategy as it could be a great strategy but just going though a losing phase for a few weeks, that’s why trading lots of strategies is so important.